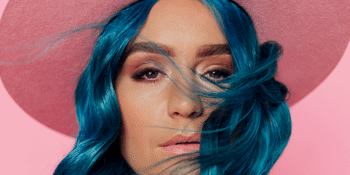 GENERAL ADMISSION TICKETS ARE ON SALE

This year, internationally renowned singer-songwriter, Amy Sheppard, embarked on an exciting new adventure as a solo country artist, embracing change with the same vivaciousness and authenticity that has endeared her to so many fans around the world as one-third of Sheppard; the Brisbane-based, ARIA Award-winning band behind mega-hits Geronimo and Coming Home.

With two smash country singles already tearing up the radio, Amy is ready to release her debut EP, Nothing But Wild - and to celebrate this special occasion on the same day it is released, Amy will be performing the full EP (including title track and lead single, Nothing But Wild, and brand new single Blue Guitar) plus many more surprises at an exclusive launch event at Lefty's in Brisbane.

This intimate concert has very limited tickets and is your chance to see and hear Amy like never before. Doors open at 7pm, with Amy & her incredible live band onstage at 8pm. Following the performance in one of Brisbane's most iconic live music venues, Amy will be meeting fans and signing copies of her EP - available on the night on CD or limited-edition vinyl.

Eager to connect with fans new and old, Amy is primed for a solo turn in the spotlight. The Sheppard story is far from over, but Amy’s new chapter is just beginning.